Fitbit devices must sync with their associated online Fitbit account in order to make data available through Fitabase. There are two ways to sync Fitbit devices:

The Fitbit Mobile App is available for iOS, Android, and Windows Phone

We recommend checking device compatibility in order to make sure your mobile device is able to support the Fitbit App and sync with Fitbit devices: https://www.fitbit.com/devices

The Fitbit App will communicate with the Fitbit device via Bluetooth Low Energy (BLE). It is important that the mobile device keep bluetooth turned on during data collection periods.

For the most robust data collection, we recommend making sure the “All-Day Sync” option is turned on. Using All Day Sync will enable the mobile application to periodically sync with the Fitbit device when it is in range and connected to the mobile device. This can be as often as every 15min. 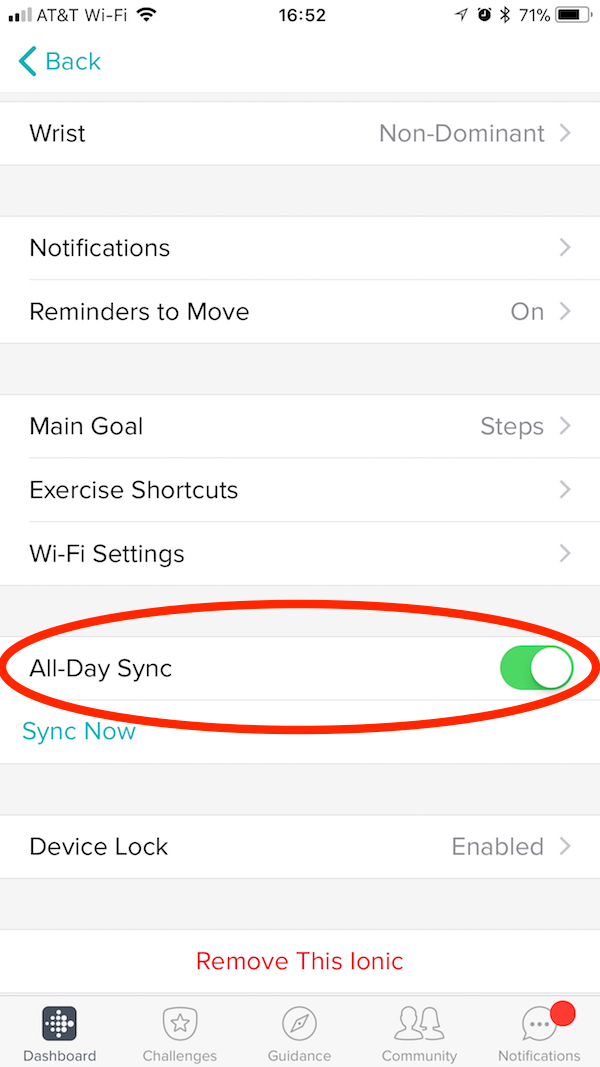 You can also force a device to sync by opening the Mobile App, touching the device image at the top of the screen and pulling down to refresh and sync.

An alternative to using the Fitbit Mobile App is to use the Fitbit Connect software for desktop and laptop computers.

If you are using the Fitbit Connect application to sync device data the device must not be paired with a mobile device.

It is not necessary to log in to Fitbit Connect, or enter any Fitbit account information in order to sync devices.

More information about device syncing can be found here: http://help.fitbit.com/articles/en_US/Help_article/1877/

If you are in need of Fitbit dongles, please contact the Fitbit research support team.

If you are unsure if your participants’ computers or your computers need a Fitbit dongle please consult the following page: http://help.fitbit.com/articles/en_US/Help_article/1116/